Are Friends Electric? Our Future Lives with Robots

Are Friends Electric? Our Future Lives with Robots

The Czech writer Karel Čapek set his play ‘Rossum’s Universal Robots’ in the year 2000, and in his timeline, robots became cheap and widely available, allowing products to be made at one fifth the previous cost[1]. In our universe, robots have become, if not commonplace, at least an accepted feature of the working environment. From the first examples of automated production lines (perhaps most famously in the Nissan car factory) through to robots designed for delicate surgery, we are becoming accustomed to robots having an increasingly prominent role.

There are clearly tasks for which robots, with their strength and their capability for repetitive exact movements, are much better suited than humans, who may be more suited for skilled tasks or tasks that are non-repetitive. For many years, industrial robots were large-scale production systems operating in isolation, carrying out specific actions, without variation and to a high degree of accuracy, determined by software that specified the exact parameters of movement. These traditional industrial robots were anything but user-friendly – despite being fenced off to keep human workers safe, their inflexibility has resulted in occasional industrial accidents, including the death of workers[2].

Recent advances in technology have allowed robotic systems to be scaled down in size and cost, allowing smaller robotic systems to play a more integrated role in environments such as laboratories and other industrial settings. Totally automated solutions, with little human interaction, are still inherently inflexible and can be very expensive. With safety in mind, a preferred option has therefore been isolated islands of automation, perhaps functioning as a specific workstation, operating independently but which can interact to a limited extent with nearby workers.

In some areas, most notably the pharma sector, widespread adoption of automation has been limited due to concerns over safety when staff are interfacing with robotic systems. This has resulted in most automation systems being housed in large protective enclosures that are costly and take-up valuable laboratory space.

But imagine a world in which humans and robots collaborate on a specific project, working together within a shared space, building a device together, or conducting complex operations together. This represents a real step-change in the use of robotic systems, as they begin to perform tasks not normally associated with robots, including customer service, construction, cleaning, cooking, or hospitality.

Such robotic systems, commonly referred to as cobots, are being designed to operate in proximity to humans, collaborate with them, and move around independently in their shared workspace. They are still robots but freed from their constraints, and thanks to their small size and mobility, cobots can be deployed in a range of environments.

Apart from the technical issues of developing such a robot, the biggest challenges lie in ensuring the robot interacts effectively with the human, is aware of the actions being undertaken by its partner and operates at a high level of safety. Cobots must be equipped with safety sensors and software, and are often constructed of lightweight materials, with rounded edges, and with limitations on movement range, speed, and force. Ideally, they slow down when a human worker is close to them, and if they bump into somebody, they stop immediately.

As cobots become more collaborative and more interactive, they will require highly reliable proximity and warning systems, that allow them to sense the presence of a human colleague in their immediate proximity and adjust to avoid collisions. This will result from the addition of sensors and enhanced processing power to make cobots smarter. Our Life Science Partnership is already starting to develop simple robotic systems that use complex integrated sensors to detect and interact with nearby workers, enhancing safety and allowing improved co-working.

Further developments are likely to include improved user interfaces to allow for clear-cut interaction, and perhaps user-ID systems to allow interaction with specified individuals.

Such systems will be easy to train in new tasks, thanks to machine learning processes whereby the cobot learns to complete a task through repeated interaction within a dynamic environment. This exploration generates data, which can be used by the cobot to identify the best means to complete a task without recourse to human intervention. As the technology develops then AI systems could be introduced to predict actions and suggest improvements in procedures.

There is no doubt that many of the repetitive jobs performed by humans today will be done by robots tomorrow. But, collaborative robotics demonstrates that such tasks can include highly interactive processes that provide a route to combining the skill that humans can bring with the capabilities of robots. This will allow activities to be conducted more effectively whilst creating more challenging and rewarding jobs in the process.

View all posts by Nigel Whittle

By: Laurence Weir Medical Technology Lead 14th July 2021 During my time working in a biochemistry lab, my work was 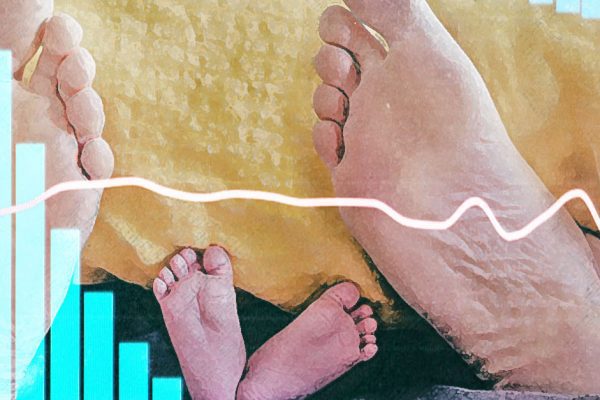 Why Tracking a Child’s Sleep is Important for their Health (and Yours!)

By: Laurence Weir Medical Technology Lead 24th June 2021 The quality of a child’s sleep can have a huge impact