Nigel Whittle FRSB, Head of Medical & Healthcare at Plextek, looks back at the rise and fall of Theranos and the environment that put business profit above science and patient welfare

Theranos, and its founder, the charismatic Stanford drop-out Elizabeth Holmes, has this week been found guilty on four charges of fraud, and is now awaiting sentencing. One of the most obvious ways to diagnose almost any medical condition is through analysis of a patient’s blood. Blood bathes every tissue of the body and is the transport mechanism for nutrients, regulatory agents, signals, metabolites, by-products and waste products. From a patient’s perspective, it would be ideal to analyse that blood through non-invasive techniques. While a few such technologies are under development, for the most part, current blood chemistry analysis requires drawing a sample. It is no wonder then, that a company with a technology that promised to be able to conduct hundreds of analyses from a pinprick of blood would rapidly become a focus  for investors’ attention. The fact that the company’s philosophy was for patients to be more in control of their own health data, ordering blood tests for themselves and seeing their own results, made the pitch even more compelling.

So where did it all go wrong?

Holmes founded Theranos in 2003 with a plan to develop a new blood-testing technique. This involved a device called a nanotainer, which was used to collect blood through a finger prick. A further device called the Edison was claimed to be able to conduct numerous tests, from measuring levels of glucose or cholesterol, to detecting marijuana, opiates and even cancer. There was however never any clarity about how the Edison was supposed to work. Although it is possible to detect, for example, tiny amounts of nucleic acids from blood using PCR techniques, for the most part, blood analyses require significant sample volumes. There were several patents associated with the Edison, for example around how the device might communicate with the internet, but these patents were all unclear on how much blood  would be  required to conduct the tests.

Despite this lack of transparency, investors poured hundreds of millions of dollars into the company, which was once valued at nearly US$10 billion, and boasted a stellar Board line-up including Henry Kissinger, Jim Mattis and George Shultz – individuals with no professional experience of the medical industry. Although with hindsight this seems crazy, the pervading ethos within Silicon Valley has always been ‘fake it until you make it’, encouraging founders to take an aggressive, optimistic view of their product or service, making big promises, often with little proof of efficacy, to attract investors.

The company made its first tests available to patients in 2013, including through a partnership with Walgreens, but there were increasing concerns about the accuracy and validity of the tests. By 2014, Theranos was clearly struggling behind the scenes to translate the buzz over its technology into reality. Several former employees later claimed that the Edison device was handling just a small fraction of the tests then sold to consumers, with other tests being performed on standard blood analysers. In fact, there had been continuous concern about the capability of the Theranos tests from whistle-blowers within the company, but a toxic company culture had apparently prevented full disclosure.

The end for Theranos came rapidly in 2015 when Prof John Ioannidis from Stanford University, pointed out that no peer-reviewed research from Theranos had ever been published in the medical research literature. In the same year, Prof Eleftherios Diamandis of Mount Sinai hospital, analysed Theranos technology and concluded that “most of the company’s claims are exaggerated.”  Later that year The Wall Street Journal reported that Theranos was using traditional blood testing machines instead of the company’s Edison devices to run its tests. The game was almost up for the company.

By the time I visited Theranos in 2017, it was mostly just a shell, the labs gutted, and with few employees remaining. A comment that it was ‘A great building’ was met with the response, ‘Yeah, it is, you want to buy it?’

A wake-up call for the industry

Since 1976 the US FDA has regulated products that match the legal definition of a medical device, using a classification system to define risk and regulatory oversight. Such devices are generally amongst the most highly regulated products in the modern economy. However, during its technology development, Theranos played fast and loose with these FDA guidelines. For example, the FDA assessed the nanocontainer as a Class II device, which therefore required certain performance standards and post-market surveillance. But Theranos claimed that it was only a Class I device and supplied it for two years without proper clearance.

A more significant regulatory loophole was that the Theranos tests were classed as laboratory-developed tests, or LDTs: designed, manufactured and used within a single laboratory. Such diagnostic tests do not require companies to submit tests to the FDA before using them on patients, meaning Theranos did not require regulatory evaluation of its tests before providing them to patients. Unsurprisingly, dozens of other start-ups have taken advantage of the loophole in recent years, according to the FDA. Amazingly, nearly 900,000 test results were generated each year by Theranos at its peak. In the absence of pre-market regulation, such a large number of faulty tests are likely to have provided much misleading information to patients and doctors, potentially causing serious patient harm.

Many professionals have called the Theranos story a wake-up call to the medical device industry. In an environment where business success and profit are put above patient welfare, there seems a need for increased regulatory oversight. Indeed, the FDA has proposed increased regulation of laboratory tests, and has sought a public discussion on the issue. However, these proposals have predictably faced push-back from the medical device industry. The efforts stalled under the previous administration and currently appears to be “in limbo” under the Biden administration. In the absence of a firm commitment to regulation of laboratory-developed tests, patients are likely to face further significant risks to their health.

And as for Holmes? With no prior convictions, she is likely to face just several years in prison and probation, rather than the maximum 20 years that her charges could carry. But her legacy may be that start-ups and their founders tread more cautiously in the future, and that workers in technology will increasingly speak out against their powerful employers whenever they see corporate wrong-doing.

Plextek provides product design, software development, remote monitoring and wireless communication systems capabilities. We hold the ISO 13485 certification for medical devices and when working with Plextek you get access to resources that can deliver tangible benefits for your organisation. Find out more here. 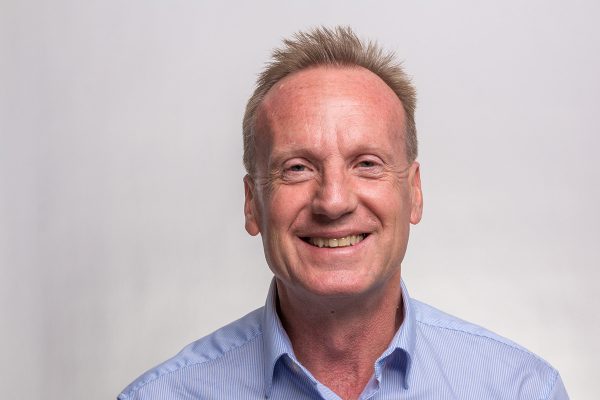 Exploring the biological world with the benefit of AI

Published on healthtechdigital.com, Nigel Whittle, head of medical & healthcare at Plextek looks at exploring the biological world with the